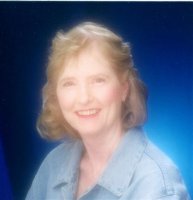 Her first computer was an IBM 5150 but her second was a Compaq portable, so she left IBM but has been with Microsoft ever since. Her first word processor was the venerable Wordstar, but she migrated to Word soon after Windows 3.1 came out. Callie worked for Microsoft using MS Word in the department that created product manuals in all languages. Native speakers actually typed the documents, but she and her coworkers did the editing that sent the book directly to the printers.

Callie has been teaching computer classes for Continuing Ed for the past 20 years, specializing in total beginners. She tells her students that she's not a techie-type, just a user. She has classes ranging from "this is a mouse" to workshops on specifics of MS Office programs, like mail merge.

Callie has written the following 1 article that is published on Tips.Net: